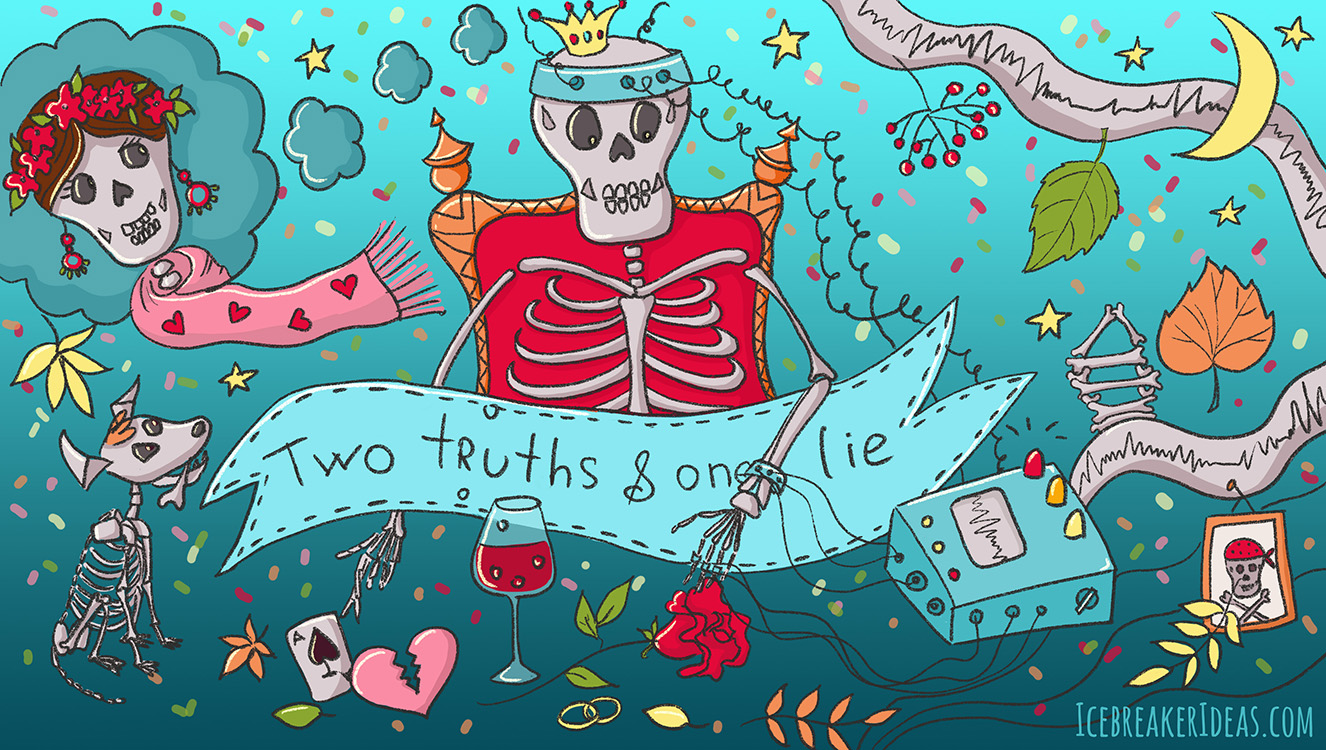 Two Truths and a Lie is a great game that works with any age or group size. However, it works best with six to ten people. It can be played indoors or outdoors. Two truths and a lie game is frequently used as a get-to-know-you game or a party icebreaker. Since it needs no special planning or equipment, it works well when you need a quick or unplanned activity. No special equipment is required, although if you are keeping score, you may want a pencil and paper.

How to Play Two Truths and a Lie 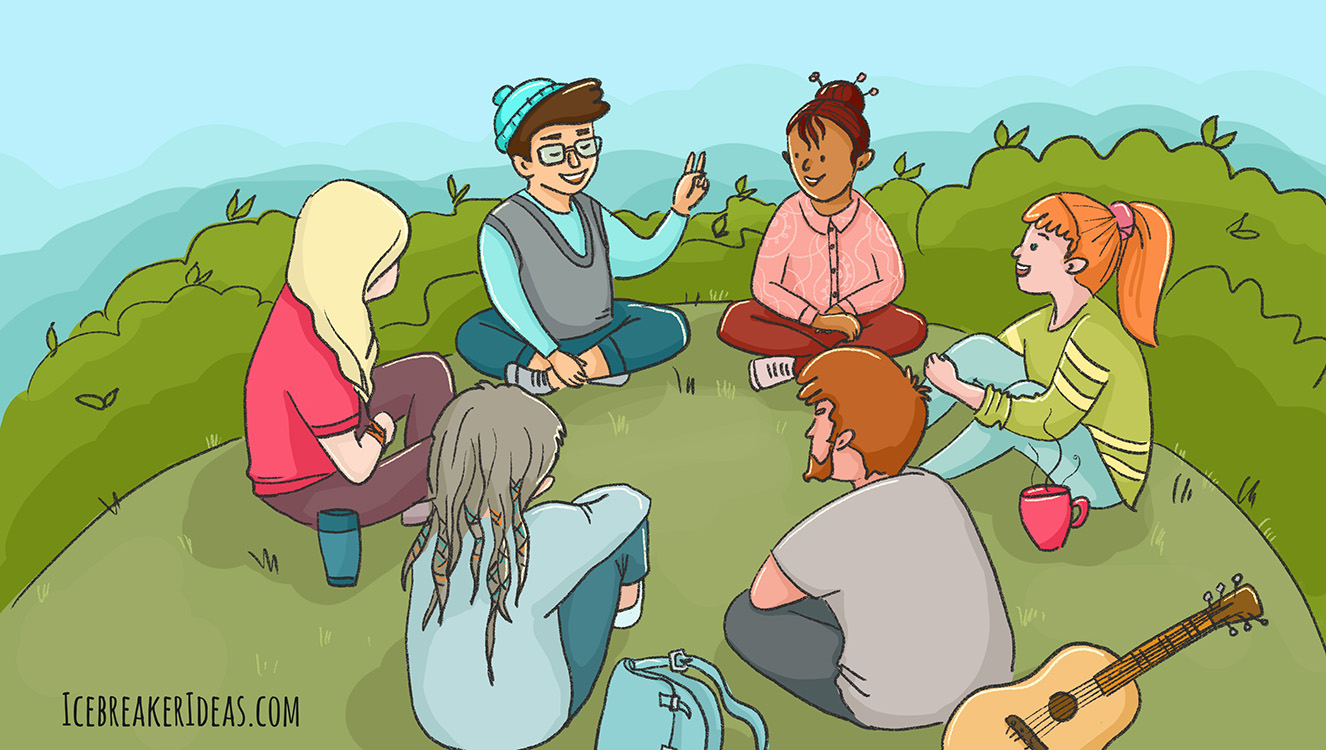 Players tell two truths and one lie. The object of the game is for the other players to guess which statement is the false one.

Have your players sit in a circle. They can sit on chairs on the floor or ground. You will want to begin by having the players introduce themselves.

Explain the game to make sure everyone understands how to play. Make sure they understand by demonstrating yourself presenting two truths and a lie to the group. A good choice might be:

Allow the group to guess which statement is a lie.

Next, tell your players to think of two true statements, and one that is false, about themselves.

Go around the circle, having each player share their three statements.

The players vote on which one they believe is the lie and at the end of each round, the person who stated the three truths and one lie, tells which statement is the lie.

One way to decide who goes first is to randomly choose one person. Then, if only one person guesses the lie correctly, that person goes next. Alternatively, the person sitting closest to the last person goes next. You can go around the circle as many times as you wish, giving everyone a chance to go at least once.

Variations of Two Truths and a Lie 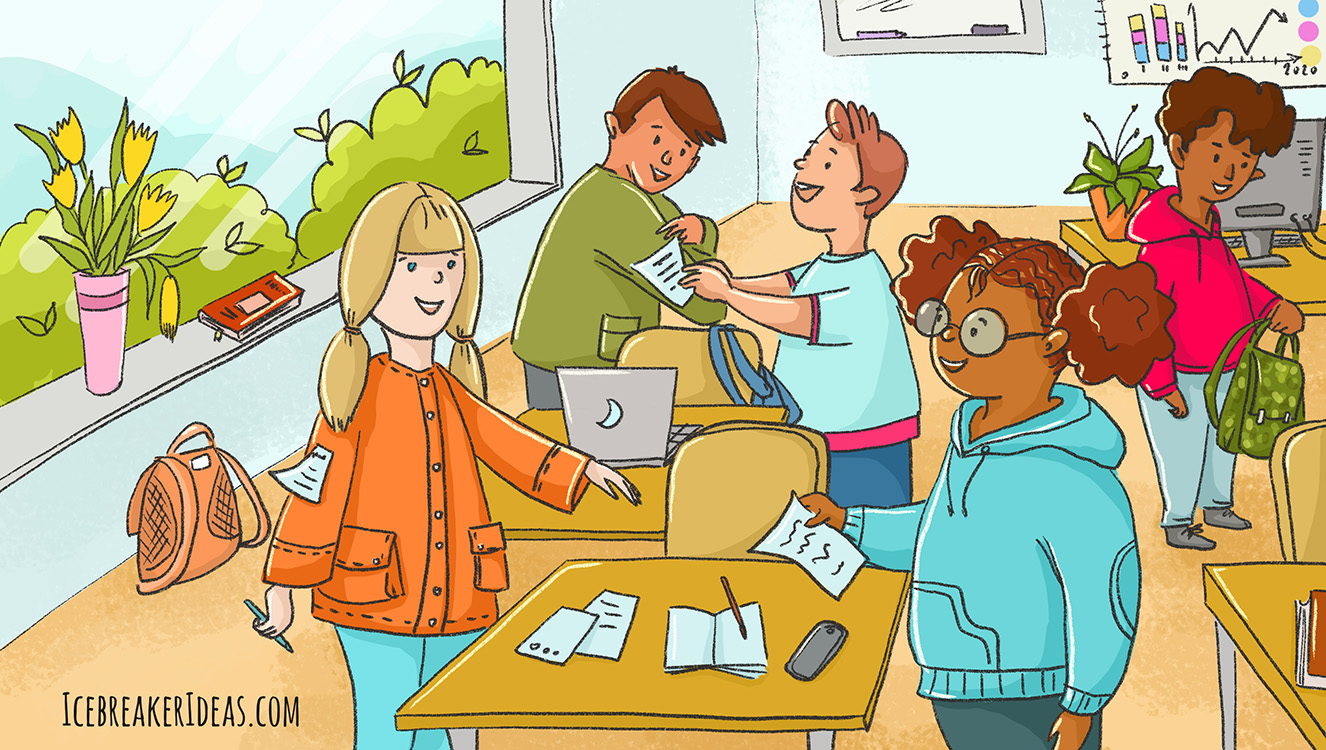 Also called Two Truths, One Lie, or Two Truths and One Not, there are some interesting variations you can try.

Two Truths and a Dream (Wish)

This version can lead to a group learning a great deal about one another and usually is fun and revealing.

Two Truths and a Lie Icebreaker

You will need pencils or pens for writing, notecards or small pieces of paper, and something to attach the papers to each person. Have each person write their first name and two truths and a lie on the paper and pin it close to their shoulder. During the gathering, as participants mingle, they can guess which statement on the piece of paper is a lie. Later, if you wish, you can play a game seeing who remembers the most names and lies.

A classroom game designed to use vocabulary, this version challenges students to write three true statements using the same vocabulary word. This also works well with a group if you challenge them to do one of the following:

Playing Two Truths and a Lie in the Classroom 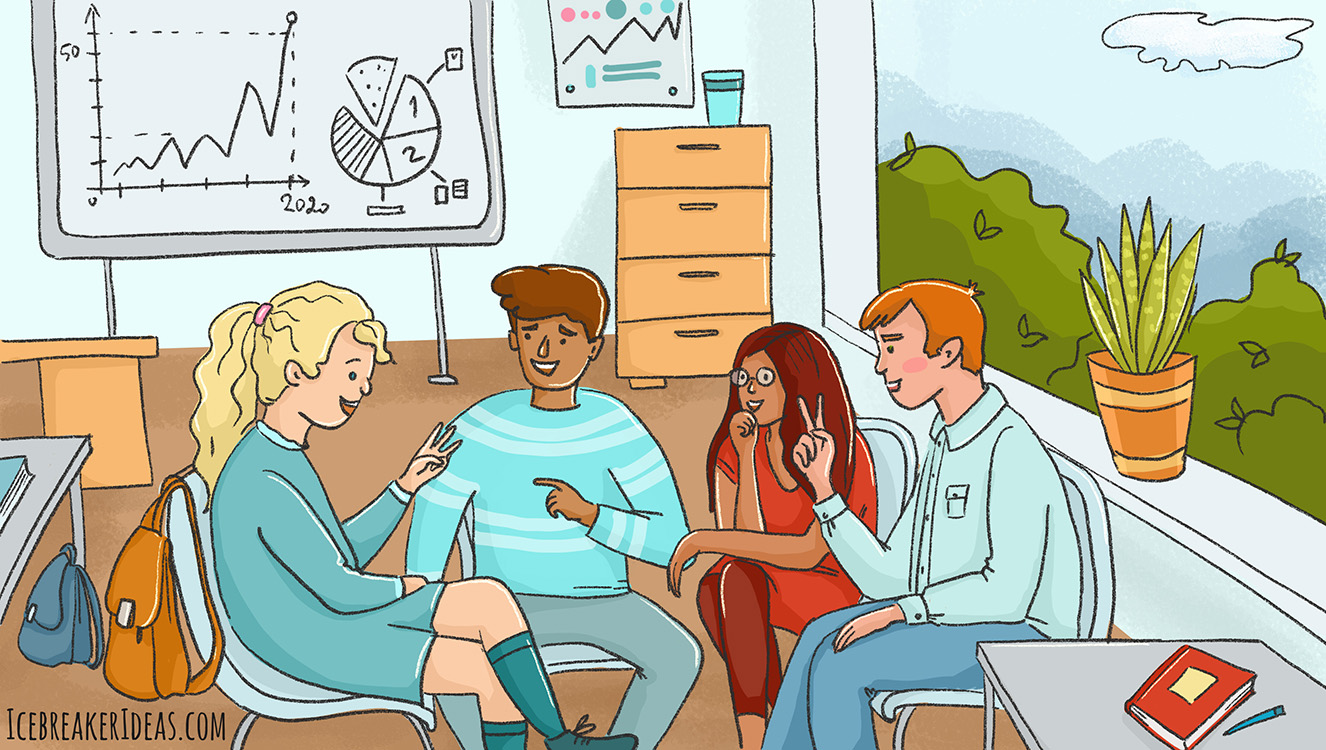 Two Truths and a Lie serves as a good classroom game. Divide your students into groups of four, preferably with people they do not know well, or assign group members randomly. Have the members of each group sit together.

Start by having the group members learn each other’s names if they do not know them. Then have them take turns telling two things that are true about themselves and one that is a lie (but sounds as if it might possibly be true). The other group members guess which is the lie. Allow your groups five to six minutes to complete the first round.

Have each group choose two truths and one lie about the members of their group to share with the class.

Have each group report back to the class and allow other groups to guess which were the truths and lie from each group. Once the truth is known, each group should tell the names of all members and which person their truth was about.

If there is time and you wish to do so, have the class compose two truths and a lie about the class as a whole or about a subject they are studying.

Strategies and Suggestions for Playing Two Truths and a Lie

This game is not fun if you cannot keep it from being obvious which two statements are true and which one is a lie. Here are some strategies to help you fool the other players.

Make two surprising or outrageous statements, one true, and the other a lie. Choose a common statement for your other truth. Other players will probably pick one of the surprising statements as a lie, but they are unlikely to know which one is correct.

Make your two true statements unbelievable, if you can and make your lie very believable. Other players will assume that the two unbelievable statements cannot both be true and will probably pick one as the lie.

Two Truths and a Lie Examples 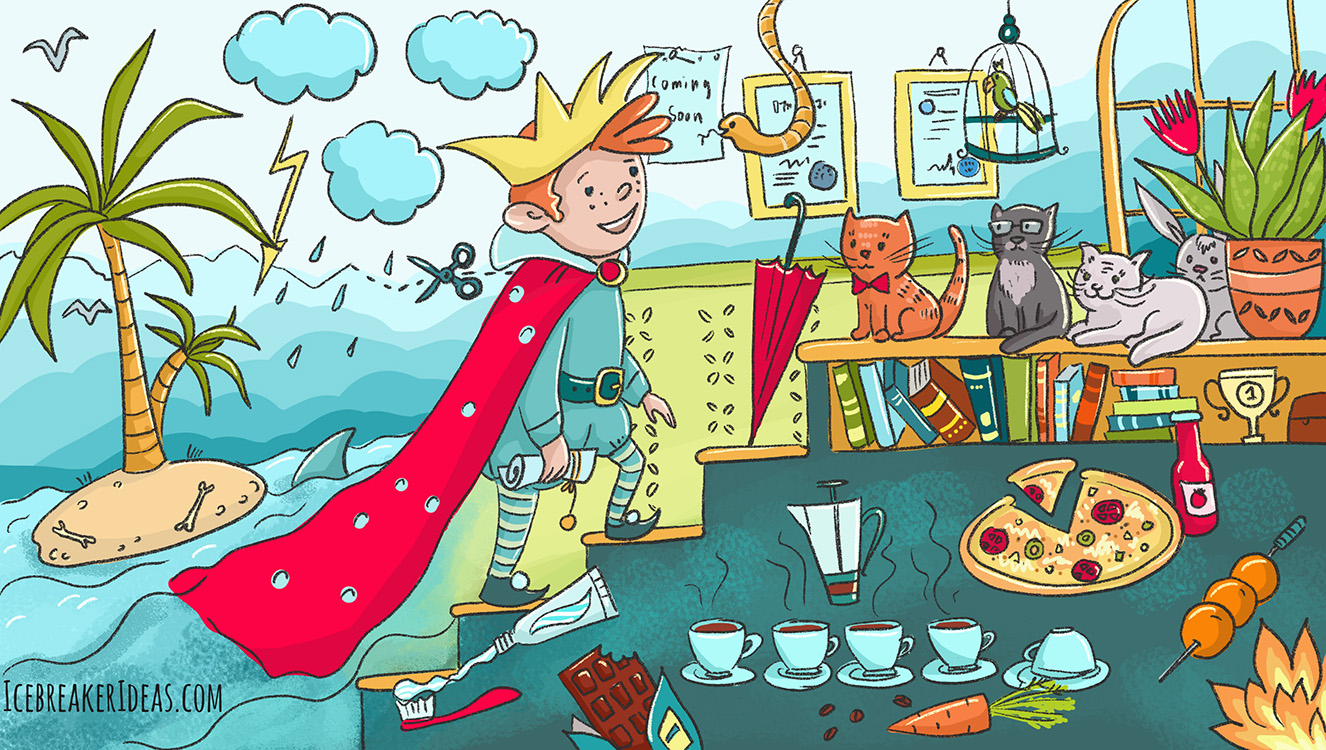 Following is a list of suggested statements as examples. These statements are easy to modify to make them true (or not true) for yourself. Simply replace “have” with “have not,” “like” with “dislike,” etc.

Truths and Lies about Your Family and Childhood

Truths and Lies about Abilities and Achievements

Truths and Lies about Sports

Truths and Lies That Make You Sound Unique

Truths or Lies about Your Personality and Life

Truths and Lies about Food

Two Truths and a Lie Ideas

Sometimes it becomes hard to come up with ideas if you play this game frequently or with the same people. Here are some questions for you to think about to give you some new ideas:

The game Two Truths and a Lie is a great party game for teenagers, can be a good icebreaker in business meetings, works well in school classes, and is great whenever you need people to get to know each other. Play with your friends, family, in the classroom, in the car on a vacation, virtually anywhere and with anyone. Have fun!