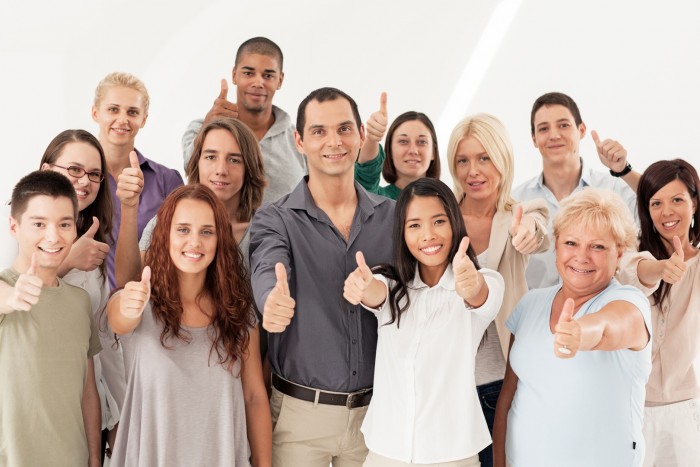 One of the challenges of working with large groups of individuals is the need to get people who may not know each other – or at least do not know each other well – to work together successfully. Large group icebreaker games can build teams, introduce group members, and provide a fun way to get everyone up, active, and ready for what comes next.

Sometimes the most effective way to work with a large group is to divide them into teams. The first two large group icebreakers for teams take up to a half hour, while the last works well if time is limited.

The Biggest and the Best

An active teambuilding exercise, teams of six to eight people compete by trading ordinary objects with the goal of ending up with the biggest and the best item.

This large group icebreaker game uses baseball scoring – singles, doubles, triples, and home runs – based upon levels of difficulty. Divide your group into teams of six to eight people. Give each person four sheets of paper and a pen or pencil. Tell each person to write the following letters, one each at the top of the sheets of paper: “S” for single, “D” for double, “T” for triple, and “HR” for homeroom. The players write interesting personal facts on each sheet of paper. The easiest facts go on the “S” sheets with each of the other sheets having progressively more difficult questions, with the hardest on the “HR” sheet. Collect the sheets from each team and divide them into four piles – singles, doubles, triples, and home runs.

Play Trivia Baseball the same as regular baseball. The room or an area outdoors is set up like a baseball diamond. Put the papers in piles on each corner – singles on first, doubles on second, triples on third, and the home run in fourth base. The first team has someone take a turn choosing to go for a single, double, triple, or homerun. The person then goes to the chosen base, takes a paper from the other teams pile, reads a personal fact and guesses to whom on the other team the statement applies. That person answers a simple “yes” or “no.” If the guess is correct, the person remains on the base and play continues with another team member. If the guess is incorrect, the person is out. When the first team has three outs, the other team takes their turn. You can either set a time limit for the game, or play until all the personal facts are used.

A fun-filled word and memory game, this large group icebreaker takes about twenty-five minutes. Separate your large group into two equal teams. Give each person three pieces of paper and a pen or pencil, instructing them to write any word or short familiar phrase on each piece, fold it in half, and put their papers into a fish bowl, basket, or other container. The play occurs in three rounds:

The first team selects a person to go first, grabbing a piece of paper from the container and using only words and sentences as hints. They have one minute to do so. They cannot use motions, “Sounds like . . .,” or spelling hints. If the person guessed the word, they continue with another slip of paper, with their team guessing as many words as they can within the one-minute time limit. If the team is unable to guess correctly, the person can pass and pull another slip of paper. However, a person can only pass once during his or her one minute. The second team then takes a turn, seeing how many words or phrases they can guess. If you run out of slips of paper, put them all back into the container for Round 2.

Played in the same manner as the first round, in this round, the hint can only be one word. After both teams take turns, put all the words back into the container for the third round.

Again, the same sequence is played as in rounds one and two, however, this time, each person needs to act and use motions as hints for their team’s guesses.  When all the words run out, tally all the points. The team with the most points wins the game.

The goal in this icebreaker for large groups is to name as many songs as possible with the word “baby” in the title or lyrics. 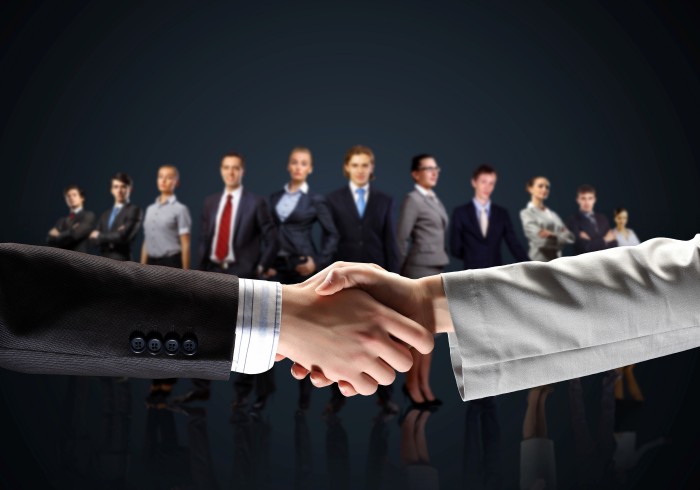 Working in teams frequently serves as a method for learning the names of group members. However, if you need a large group icebreaker specifically for learning names, we have the following game.

A high-energy game for large groups, this large group icebreaker helps people learn names and works well with people who do not know each other well. You must have a large, open space available for the group to form a large circle. Gather soft balls or small stuffed animals.

A fun icebreaker, this game gets more chaotic every time the leader adds an object.

A quick icebreaker for learning everyone’s name, this is one of the most popular and frequently used large group getting-to-know-you-icebreakers.

Sometimes large group icebreakers can revitalize participants and get them ready for a meeting or other activity that requires concentration. The following games vary in length and intensity, but all require energy and playfulness – a good way to wake everyone up and get them moving.

Everyone sits in a circle, facing each other. Tell one person they are going to be the Elephant King and then, move to the right, assigning everyone an animal going from the top of the food chain to the bottom. Each person is to do gestures as follows:

The goal is to become the Elephant King. To do so, you must follow the rhythm set up by the Elephant and do your gestures correctly. Elephant begins by patting a knee, clapping, and doing his animal gesture, then repeats with a pat, clap, and another animal’s signal. Let us say the Elephant does Alligator’s signal. Alligator pats, claps, does their own signal, then pats, claps, and does another animal’s signal. If a person either breaks the rhythm or makes a mistake, they become the worm, and everyone moves up a chair. Set a time limit for the game and the person who is the Elephant when the time is up, wins. You can add more animals and gestures if you have more players, or have two or three of each animal.

A variation of hide and seek, the goal is to find the hidden person, but then to quietly join them and stay hidden from the other players. Play this game in a large indoor area with the boundaries set.

You can vary this game by playing in pairs. 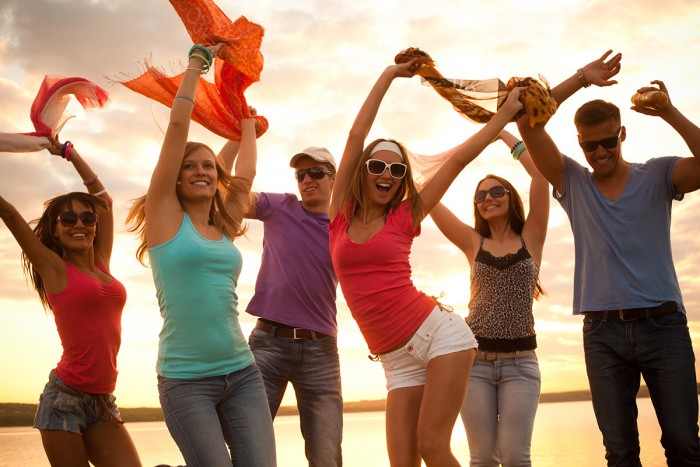 We have included the following ice breaker games to provide fun for large groups. Two are “psychological” and the last is a quick, large group icebreaker that can be used anywhere or any time.

With acting, guessing, improvisation, and foolishness, this large group icebreaker game has it all.

A psychological large group icebreaker game, participants must stand or sit in a circle with their eyes closed and remain completely quiet.

There was Only One Liar – the leader.

This stimulating large group icebreaker gets people focused and ready for activities.

Icebreaker games for large groups are especially effective for meetings, conventions, retreats, and anywhere participants must interact and work together. Try ours. You will find the fun and variety you need to make any large group activity fun and memorable.