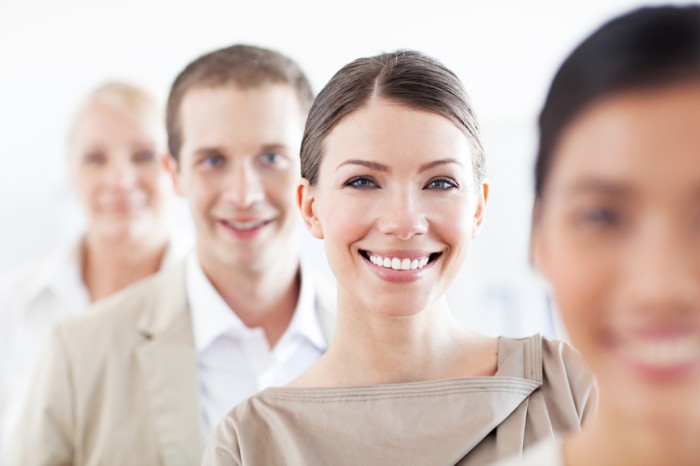 Additionally, an icebreaker game can be “played” just as any other type of game can be. Our group of icebreaker games includes some for teams as well as whole group games. Getting-To-Know-You icebreaker games take a while and are excellent at the beginning of an extended group activity such as a conference, class, or camp where you want members to get to know each other thoroughly. We have icebreaker games that challenge thinking, require creativity, and some that simply provide many laughs. You are sure to find the perfect icebreaker game among the following.

Icebreaker games for adults are a fun way to start a party and keep it going. You will find one for introductions, one for adults to get to know each other, and some that are simply crazy and fun.

How Much Do You Use

A fun adult icebreaker game, this game can provide plenty of laughs.

An adult icebreaker game that can take quite a bit of time, Crazy Questions and Answers is perfect if the party is slow to start or bogs down halfway through.

You will need two index cards for each adult that will participate. If you collect and keep the cards, you can use this game multiple times.

You can use the questions and answers below or create your own:

A rather noisy, but very fun adult icebreaker, this game is sure to relax the group.

Once upon a time, there was a charming young lady named BETTY who was loved by a sailor called POPEYE. BETTY lived near a great forest in which there roamed a big WOLF. One day BETTY decided to visit her grandmother who lived in the heart of the forest where the WOLF lived. POPEYE wanted to go along, but BETTY would not listen and would not let POPEYE accompany her. Soon the WOLF followed BETTY. The WOLF crept closer and closer, but behind him came POPEYE! Just as the WOLF was about to leap on BETTY, POPEYE killed him with his trusty club and saved BETTY’S life. Thus ends the story of POPEYE, BETTY Boop, and the Big Bad WOLF.

This great adult icebreaker game can be played with many different variations. You can even have this game last throughout an entire party (or conference meeting).

If you wish, you can give a small surprise at the end of the game.

Put an adult twist on this well-known game.

This adult icebreaker game is best played by pairing couples, or at least people who know each other well. The goal is to try to break a blown up balloon between two bellies. Have at least three blown up balloons for each pair. Have everyone stand or sit in a circle, with the blown up balloons in the middle. They are to begin when you say, “Go!” The pair who burst the most balloons wins. You can set a timer for a specific amount of time – five minutes works well – if you wish. 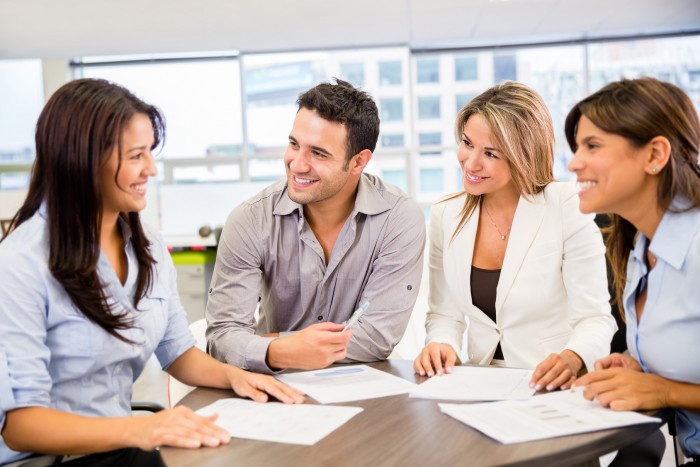 Yes, I Have Done That!

Make a list of 25 or more icebreaker questions for adults with lines after each for a signature and pass it out to everyone. You need to have at least one question for each person. Adults circulate, asking questions until they find someone who can answer, “Yes, I have done that!” That person signs their name on the line next to the question. Once they get at least one “yes” from each guest, they are allowed to obtain multiple “yes” responses from any guest. People may find they cannot find a new someone to answer “yes” to a particular statement. In that case, they must backtrack and remove the name of someone’s “yes” response to a particular statement in order to answer another statement “yes”. The first person to complete their list wins. You can use the list that follows or make one of your own.

If I Could Have, I Would Have

Books and movies abound with stories of people seeking different paths in their lives, and almost everyone has wished at some point that they had done so. Ask each adult to state their name and what path they have been on – personally or professionally – and what path they would have taken if they could start over, if they knew then what they know today.

Variation: Have the adults sit in a circle and pull one slip at a time from a bag, basket, or box. Read the sentence starter and have each person take turns completing them.

The following is a sample list of sentence starters:

Everyone, including adults enjoy stacking cups! Have plenty of durable plastic cups on hand and a sturdy, flat tabletop completely empty. Every person that walks through the door must take one cup (or more if you do not have that many people coming) and stack them one on top of another. As more people arrive, the mountain and the difficulty of not knocking everyone else’s cups down intensifies. If they are all knocked down and many people are still arriving, you can start over.

Paper Balls can be played by the whole group, or you can divide the group into teams. Groups of from three to five adults work well. Pass out a sheet of newspaper to each person and tell them to roll it into a tight ball. Have the participants stand at the far end of a room with a basket of some kind on the other side of the room. The object of this adult icebreaker game is to roll the balls as close as possible to the basket. Those who do so score points.

A good icebreaker game, this one can be as long or as short as you wish. Divide your group into teams of five to ten people. The goal of this game is for players to reorder themselves as quickly as possible. You can use your own category or one of the following:

Once a team has arranged themselves, the leader of the group makes sure they have done so correctly. The first team to do so wins.

Protect the Egg is a great icebreaker game to promote team building and requires creative problem solving. This game works best with a large group of people.

The name of this game comes from the two long lines of players resembling electric pulsing.

If the team makes a mistake and tails was actually the result of the toss, they lose a point. Set a total number of points as the goal for winning the game – ten points for a short game works well. 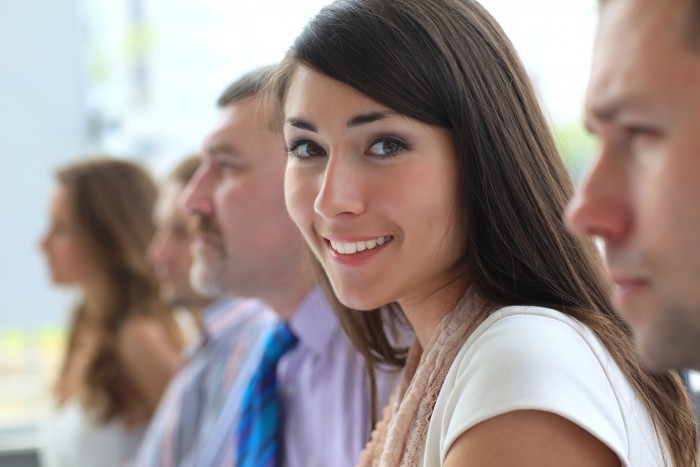 Good for any size group, you can vary the questions used to cover a variety of topics, groups, and situations.

You can use any set of questions you wish, or choose one of our Icebreaker Questions. You can repeat this process as many times as you wish.

An introduction and conversation icebreaker game, this game gets people to tell each other about themselves. You can make this game as short or as long as you wish and use it for any size group. For a large group, you can divide into teams. It also works for any age, from children to senior adults.

Whose Story Is It?

This icebreaker game lets you hear some fun, fascinating, and surprising stories.

This continues until all the slips of paper are used. At that point, each person tells his or her own story with additional details.

A funny icebreaker game, players use paper and pen to write down an event, or you can prepare papers ahead of time. Some examples you might include are:

Put the papers in a bag, box, or basket. Have players randomly select a piece of paper and react to the experience using words, gestures, and facial expressions. Players try to guess what happened. Set a time limit for the players to act out their event. You can give a point for each correct guess. You can also vary the game by making players act out their event without talking. This icebreaker can work with any group size and any age.

This game is fun for any age.

As the game progresses, eliminate any players who laugh or make noise when it is not their turn. The player who avoids laughing throughout the game wins.

One of the best icebreaker games for fun and to get a group relaxed and ready to work with each other, this icebreaker game takes no materials or preparation and is excellent for any size group.

The stories are sometimes silly, but always fun. 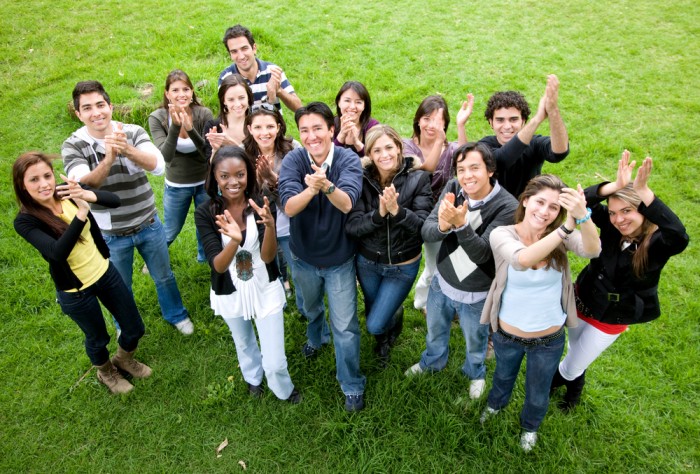 An active icebreaker game and teambuilding activity, this game takes some preparation and lasts quite a long time. However, it is well worth it as it is fun for those 15 and up.

Make a list of 12 to 15 interesting places, things, and circumstances that players can capture in pictures wherever you are. For example, on a college campus, the following would work:

Make copies for each team. Divide the group into teams of three or four people and give each group a digital camera. The goal of this game is to find everything on the list within a set amount of time. When teams get back together, award one point for each photo taken and bonus points for extra effort or creativity.

You may also be interested in Mall Scavenger Hunt Game

Before beginning this icebreaker game, gather items whose names only have one syllable. You need as many items as you have people. Some good items are fork, spoon, pen, shoe, etc.

Have the group form a circle. Choose one person as the leader. The leader chooses one of the objects – let us say a fork – and hands it to the person to their right saying, “This is a fork.”

The conversation continues moving from person to person as follows:

Then Person #2 passes the fork to person #3 and the same conversation occurs again. Meanwhile, the leader takes another object and begins passing it, saying the same thing, for example “This is a pen.”

The leader continues to take new objects and pass them and the objects make their way around the circle with the same conversation repeated by all players as they pass and take an object. If a player messes up, they are out of the game. You may wish to pass the items around the circle more than once.

Camping Trip takes concentration and a good memory. Have your group form a circle. Choose a pattern the words used in the game must follow. Some suggested patterns are:

Choose a person to begin the game. They say, “I’m going on a camping trip and I’m going to bring ______.” The player picks anything they would like to bring on the trip that follows the chosen pattern. For example, if he pattern is “things which begin with the letter C,” they might say “cookies.”

You will need a pattern for the players to follow, but only have one player know the pattern before you start. This will make the items they suggest on bringing that much harder to think of.

Make your pattern choice according to the age and composition of the group. Some are more complicated than others are. You can also use more than one pattern at a time.

Good icebreaker games provide fun and help people feel relaxed if they are with people they do not know well. The icebreaker games in our list do not need to be limited to a specific length of time. You can play the same game for more than one round. You can also use variations to meet specific needs. Try all of ours; you will find that your favorite icebreaker game is whichever one works best for you.