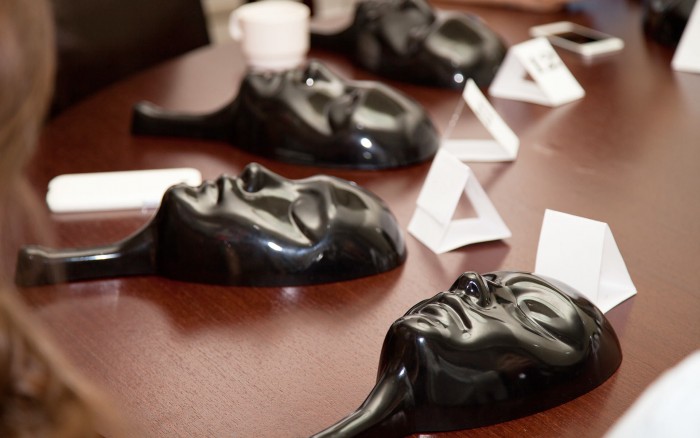 The Mafia party game presents a conflict between the Mafia – the informed minority – and the Innocents – the uninformed majority. Originated by Dmitry Davidoff of the USSR in 1986, this popular game has many variations and can be played by a group of seven or more people. For very large groups, we suggest adding additional characters.

There are many variations of the game, some of which we have included below. Realistically, the minimum number of players needed to play is seven (5 Innocents against 2 Mafia). The basic version described here requires a deck of cards and works best with between twelve and twenty-four players. 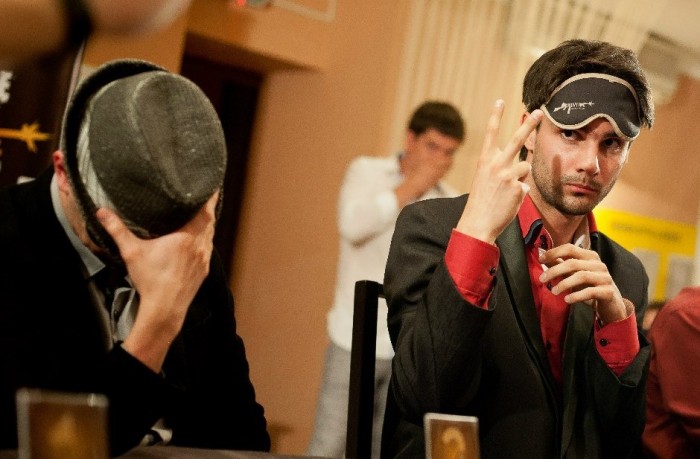 The Moderator begins the night cycle by having all players close their eyes and put down their heads. After everyone is “asleep,” the Moderator instructs the Mafia to wake up and choose a victim. At this time, the Mafia members will be able to see all their fellow members. They pick a victim by gesturing silently. Players may gently tap their fingers to disguise any noise made. They tell the Moderator their decision by pointing to him or her. Then the Mafia “sleeps” again until “morning.”

While everyone else is still asleep, the Moderator wakes up the Detective, who points to someone they suspect is a member of the Mafia. If the Detective is correct, that Mafia member is eliminated from the game. If not, the Detective now knows the identity of an innocent. The Detective then goes back to “sleep.”

Next, the Moderator wakes up the Doctor who will choose a person to save by silent pointing. The Doctor can choose to save himself and thus survive the night. If the Doctor chooses another player and that individual is chosen by the Mafia to be killed, nothing will happen to the victim – they are “saved.” If the Doctor is chosen for death by the Mafia, he is out of the game and the townspeople can no longer be saved. 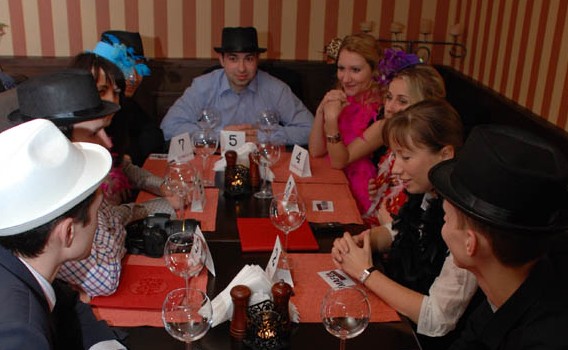 The Moderator tells the players to open their eyes and then announces who “died” the previous night.

The players discuss recent events. Players do not show their cards, but try to convince others they have a certain role. If the discussion reaches a point where a player has a suspicion, the game moves on to the accusation.

Any player who feels the accusation is unjust may choose to defend the accused. If desired, this can be done as a trial, with the accused presenting a fictional alibi and even accusing other players. In some versions of the game, the defense if conducted by a player designated as the Lawyer.

The Moderator calls for a vote and players indicate whether they believe the accused is guilty or not. It may be required that the vote be anonymous or not.

If it is not decided that the accused is not guilty, accusations begin again. Again there is a defense and vote. This continues until a player is declared guilty and leaves the game. If the majority voted the initial accused player guilty, the night round begins again. 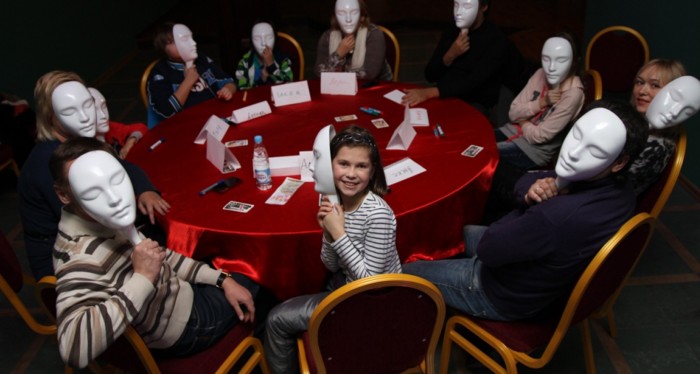 Although the only roles that are absolutely necessary are that of the Moderator and the Mafia, others can be added. The number of roles assigned is dependent on the desire of the group and the number of players.

These players determine who will be killed. They also know the identities of their teammates.

Also known as the “townspeople,” these players only know the number of Mafiosi in the game. There are fewer Innocents than Mafia members.

This individual plays an extremely important and significant role in the game. They may choose player roles, create stories about how victims were killed, and moderate the game play, making sure rules are followed.

Make the game more difficult by not allowing the Mafia to communicate at night. During the night cycle, the Mafia all shut their eyes and the Moderator says the names of the Innocents. Mafia members raise their hands if an innocent’s name is mentions who they wish to have killed. If half or more of the Mafia members vote for the same person, that innocent becomes the victim. If not, then no one is killed that night. 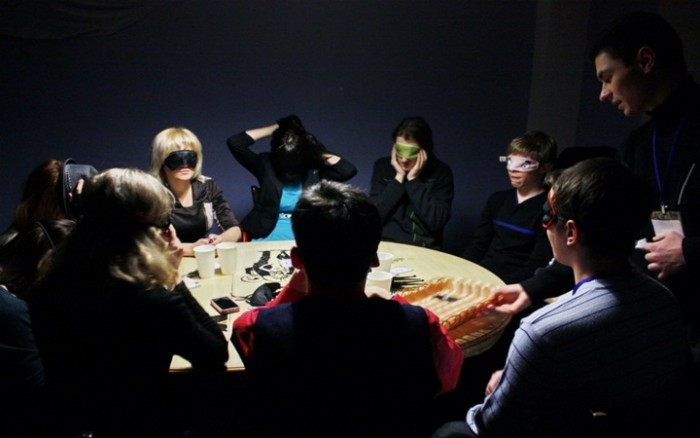 Add excitement by not having players show their cards when they die, but only at the end of the game. This way, Innocents do not know how many Mafia members are still in the game.

When the game has ended, it is run to talk about strategies used. Additionally, those who are eliminated will find watching the game is fun. Next time you have a party, try the Mafia Game for an entertaining evening.