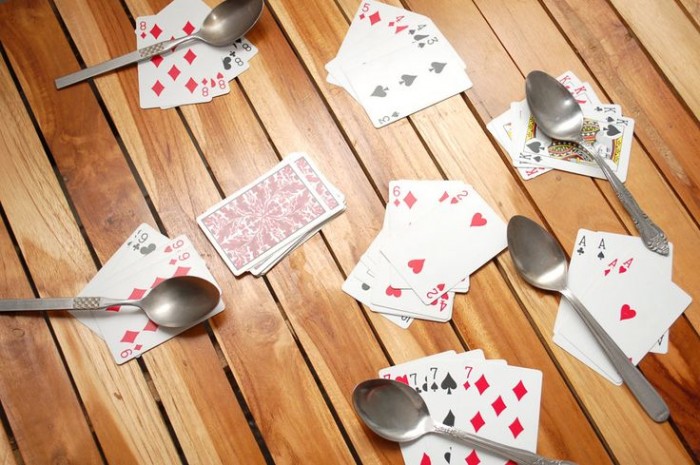 The spoons card game adds an interesting element to a regular card game. Players attempt to get four of a kind and grab a spoon before the other players to avoid elimination. Easy enough for any age, the many variations keep this game entertaining.

How to Play the Spoons Card Game

More than one version of the game exists and we have provided directions for two. One is relatively simplistic and the other has some additional rules that provide a more complicated game. Choose the game that best fits your needs and the group with which you will be playing.

Supplies: You will need a deck of cards, enough spoons for each player minus one, and pen and paper for keeping track of points.

This version of spoons is extremely easy and works well as a family game with small children or a party game when you do not want to take time to explain more complicated rules.

Goal of the Game:

To get sets of four of a kind and stay in the game the longest. 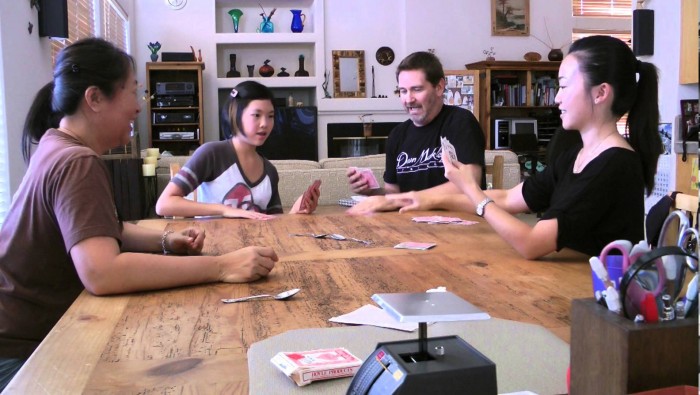 Goal of the Game:

To get rid of all of the cards and get 500 points.

A version of spoons excellent for adults or when you want a bit more of a challenge, this game uses cards to provide rewards, penalties, and change the play.

The dealer breaks up the deck into sets of four of a kind, i.e. four jacks, four tens, etc. The number of sets should equal the number of players in the game. The dealer shuffles the cards and deals four cards to each player.

The person to the left of the dealer starts their turn first, passing one card to the player on the left. Play continues in clockwise direction until someone gets four of a kind. When a player does so, they pick up a spoon and place it in front of themselves. As play continues, the player left without a spoon is out of the round.

Remove one set of cards and a spoon from the center of the table. Continue playing rounds the same as round one.

Cards are reshuffled after every round. Keep playing additional rounds until someone reaches 500 points. The person that ends up with the lowest score is the winner.

The fun of Spoons if that it is not just a card game. The addition of the spoons makes the game fun and exciting. Whatever version you choose to play, and how ever many players you have, you are sure to have a memorable time.