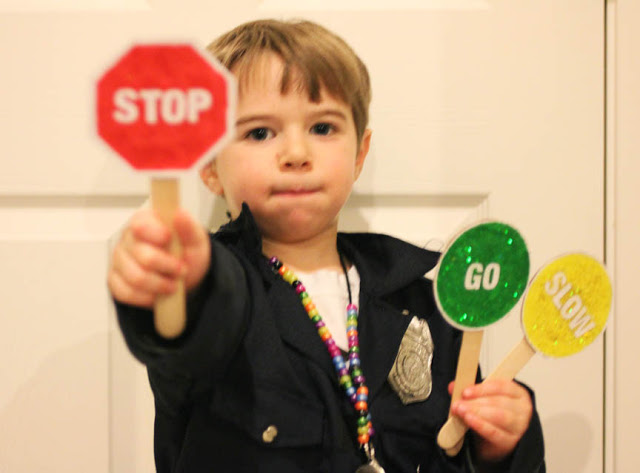 The goal of the game is to get from one end of the playing area to the other (or back again) without being called out because you keep moving after “Red Light!” is said.

Although the origin of the game is unknown, Red Light, Green Light has been played for generations. Called Statues or Grandmother’s Footsteps (UK), it is a popular children’s game, often played in Australia, Finland, and Sweden. However, how the game is played varies throughout different regions of the world.

No equipment is required for the game. However, if you wish, round green and red signs can be used. It works well to use a double sided sign with one side green and one red.

The game can be played inside or outside. Designate the playing area and have the children line up in a row across from the person who will be calling out “Red Light, Green Light!” 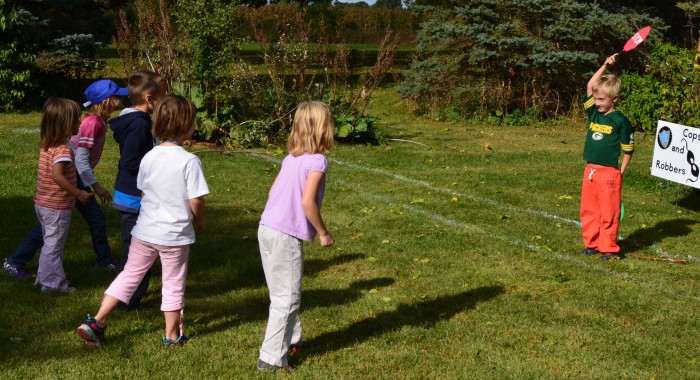 To play Red Light, Green Light outside, you will need a large area such as an open field, tennis court, or gymnasium. Players line up on one side and the person who is calling out “Red Light!” and “Green Light!” stands in the middle of the field.

At any point, the caller may say “Red Light!” and turn around. If any of the players are caught moving after this, they are out.

Teachers love this game. It teaches children how to follow directions, listening skills, and agility in a fun way. Additionally, the game can be played in as few as ten minutes or, if the children are engaged, as long as your wish. This game can be played either indoors or outdoors.

Before you begin playing, make sure everyone knows the rules and what happens if they move on a Red Light.

The trick to winning Red Light, Green light is to move smoothly so that you can freeze instantly until you are within reach of the caller. Whether players win or lose, they will still have fun playing this challenging but simple game.