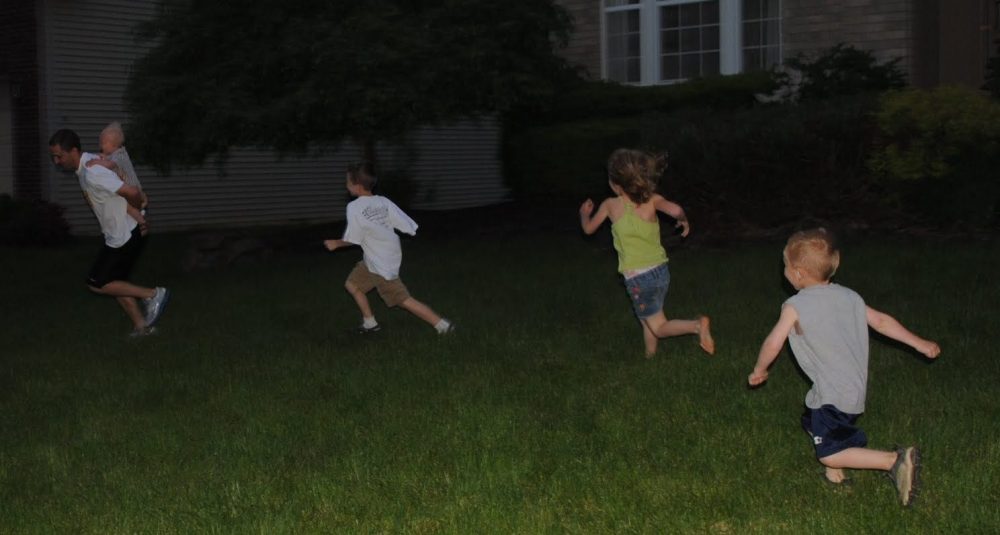 Camping trips, sleepovers, and family reunions all provide perfect venues for playing night games. Mid-summer days are too hot for the kids to play outside and get needed exercises. When it gets dark, the air cools down and fun games to play at night are a perfect solution. Choose from either inside or outside night games.

We have games for large and small groups, as well as a selection of team night games. The only equipment you will need is a few flashlights for some of the games. Read on to choose the perfect night game for fun with family and friends.

Games to Play Outside at Night

On hot summer nights, turn off the electronics and join the kids outside for a fun outside game night. We have games for every age level. Even teens and adults will find a game that keeps them occupied and provides fun.

Hide and seek is an old kid’s favorite and adding the element of playing it in the dark makes this game even more fun. We have a few variations for you to try.

Ghost in the Graveyard

A classic game of Ghost in the Graveyard, a reverse game of hide-and-go-seek is a kid favorite night game. For younger children, pair up your players and designate an area for play. Older kids will want to hide on their own and can spread out into a larger area. Pick a place as home and choose some players to act as ghosts. Have the ghosts hide while the other players count to from “one o’clock” all the way to “midnight. When someone spots a ghost, they yell, “Ghost in the graveyard! Run, run, run!” and everyone runs back to the base. All the ghost run at this point, attempting to tag players before they get back to the base. If they are tagged, they become ghosts in the next round.

A nighttime version of tag arms one player with a flashlight. “It” counts to ten while everyone runs away. The goal is to evade the light. If a player is caught in the flashlight’s beam, they are out. The last person caught by the flashlight’s beam wins and plays “It” next. Look for kid-friendly unbreakable flashlights for this game.

Kids love the excitement of finding hidden items. Although this nighttime game takes a bit of advanced planning, the fun makes it well worth the effort. Purchase cheap reflectors at a discount or hardware store. Glue the reflectors to index cards, punch holes for strings, or hot glue a string to the back of the reflectors. Hang them in trees and on bushes. Let the kids look for them with flashlights and whoever finds the most, wins. 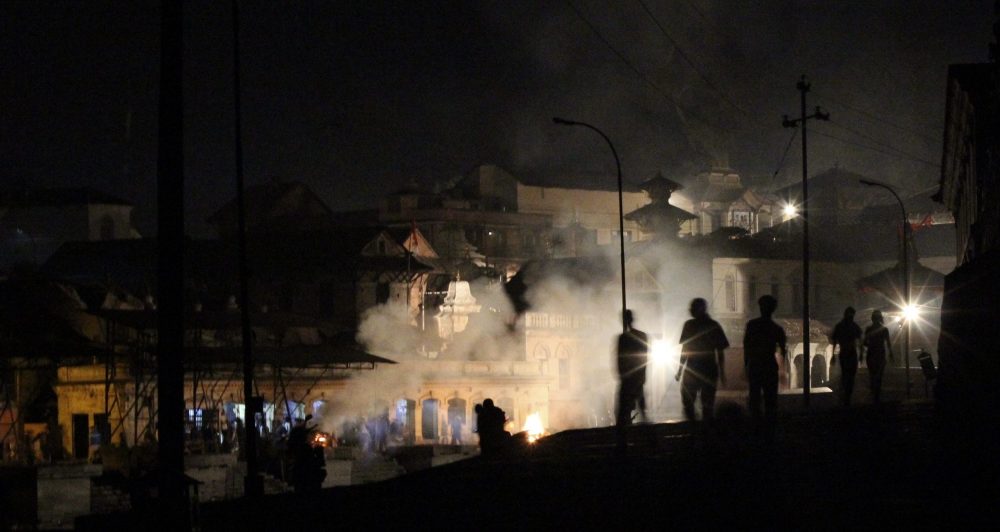 When you have a large group at camp or a family reunion, try one of our fun team night games. You can randomly assign people to teams or use a method to make sure teams are equally matched. Either way, you are guaranteed fun!

Another classic game that is a summer camp favorite, attack and defend is perfect for a large group. Designate a “castle” or “fort.” Teams take turns attacking and defending, attempting to touch the castle. Those who do so win a point. Teams have an equal number of turns lasting five to ten minutes. At the end of a predetermined time, the team with the most points wins.

Find a “jewel” (a unique rock) to use for this fun team game. It should be small enough to carry in one’s hand. Define an area for play and divide your group into two teams – the Smugglers and the Coast Guard. One of the Smuggler’s is given the rock. The Smugglers try to go from one end of the playing field to the other without being tagged by a member of the Coast Guard. If they are tagged, they must show both opened hands and sit until the round is over. The Smugglers may pass the “jewel” to each other as often as they wish, but must carry it in one hand at all times. When the Smuggler with the jewel is found, the round ends and the game begins again, with the Smugglers and the Coast Guard changing places. The winning team can be the one with the most rounds won, or the one that finds the jewel fastest.

Games to Play Indoors in the Dark 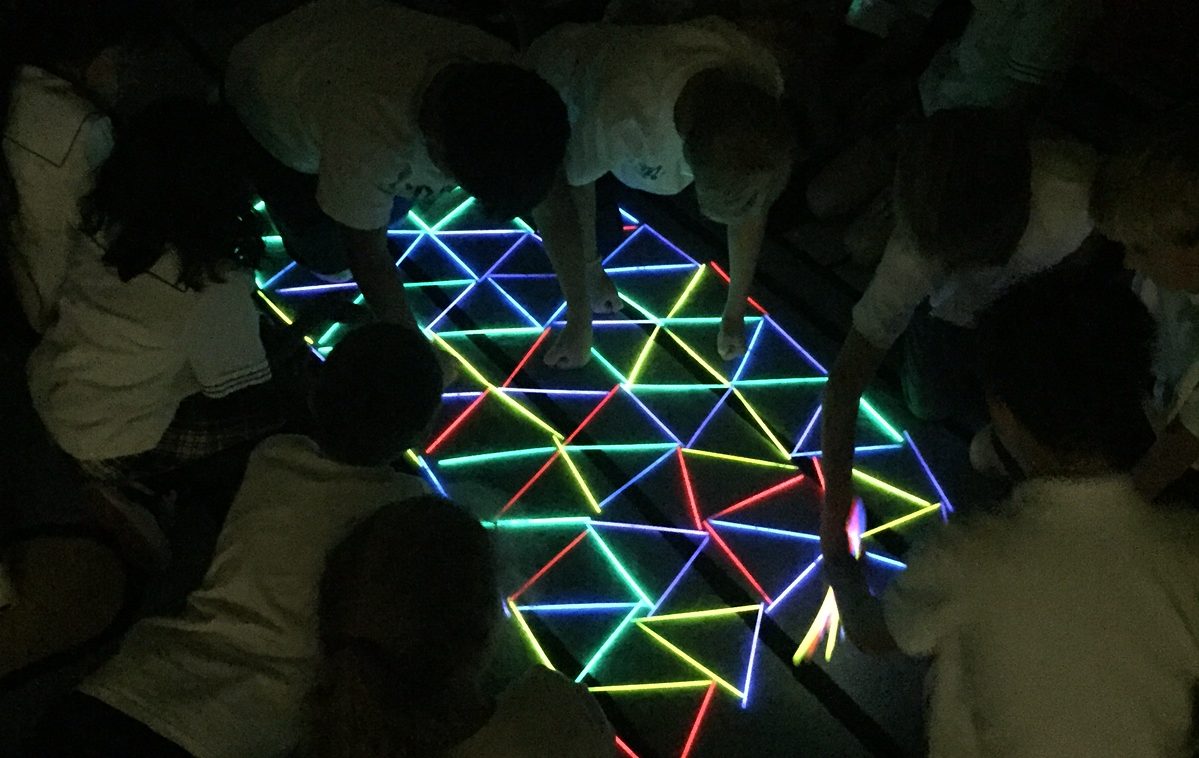 Strange, scary, and unusual things happen in the dark. Our collection of games to play indoors in the dark include some “murders,” thefts, and some just plain fun activities. The games work with any age but may need to be modified a bit for young children and adults.

With all these active games, the kids are going to wear out eventually. When they do, provide flashlights, a lantern, or lamp to let the kids make shadow animals and shapes. Encourage them to create a shadow puppet show for added fun.

A Thief in the Dark

Choose twenty or more items and place them in a specific area of a room or on a table. Allow the players to take some time to study the area. The time allotted is dependent upon the number of players, and their ages. Give them enough time to examine the items, but not enough time to memorize them. Assign a “Thief” to remove one object with the lights off or have the players leave the room. Then let the players see if they can tell what item has been removed. The winner is the one who can identify the most “stolen” items.

A game that has a few variations, all of them fun, Spotlight uses a flashlight to choose participants. Have the players stand in a circle. One person in the middle points the flashlight beam at a chosen random person. Whoever is in the Spotlight, must dance, sign, tell a joke, or perform in some other way. If you wish, the person with the flashlight can draw from a basket with suggestions for performance. Another idea is for the first person spotlighted to start a story and each person must add a sentence to the story. Your group may come up with other ideas for the Spotlight game.

Murder in the Dark

Murder in the Dark is played in a large, completely dark room. Have enough slips of paper for each player, one with “Detective” written on it, and one with “Murderer” on it. The other slips all have “Victim” written on them. Pass out the slips of paper, or have players draw them from a basket or box. The Detective leaves the room. The lights are turned off and everyone walks around the dark room.

The Murderer finds someone in the dark and taps them twice to “kill” them. The tapped person screams, lies down dead, and the Murderer continues taking Victims until the lights are turned back on.

The Detective comes back into the room, turns on the lights, at which point everyone freezes in place. The Detective tries to discover the Murderer by asking questions, such as:

The Detective guesses who the Murderer is. For a large group, allow two or three guesses. If the Detective is wrong, the Murderer wins. Collect the slips of paper and redistribute them for another game.

The Wink of Death

Have everyone stand in a circle. Pull enough cards from a deck for each player, including a joker. Pass out the cards to the group. The person receiving the joker is the “murderer.” This individual will murder the other players by winking at them secretly. When a player is winked at, they count to five, and then drop to the floor “dead.” The goal is for players to discover who the murderer is before all of them are “dead.” If someone guesses incorrectly, they are out of the game. The player who guesses correctly wins the game and is the next murderer.

Two people play a “tourist” and a “tour guide” and leave the room. Lights are turned off and the other players take positions as statues while counting to thirty. The “tour guide” and the “tourist” enter the room with a flashlight. The goal is to make the statues laugh or move. The statues cannot be touched. Any statue moving or laughing is out. The last statue left wins the game.

Choose from our fun games to play at night. You many want games to play outside at night or inside the house on a rainy summer night. Our games to play in the dark will provide hours of fun with your friends and family. Play on!

Note: Make sure the area for playing your night games is safe. Remove any obstructions. Stay out of roads and set boundaries for play. Buddy up younger children. Cover a few simple rules before playing, such as, do not damage objects or other hurt other players intentionally.