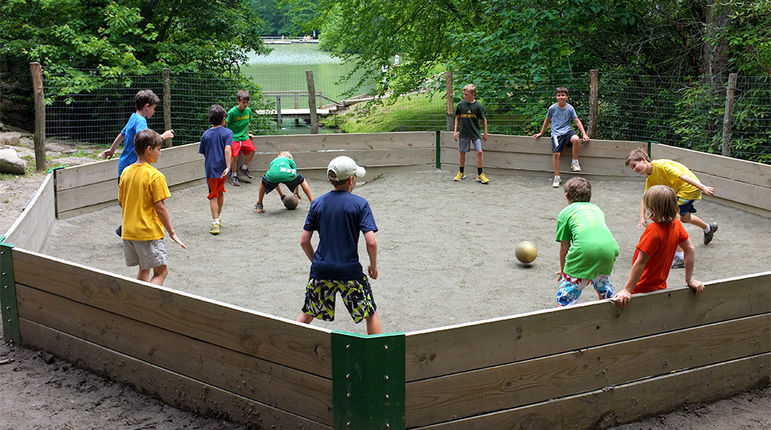 GaGa (or Gaga) Ball gets its name from the Israeli word for “hit” – ga – and originated in Israel. Therefore, GaGa Ball means “Hit, Hit Ball.” A fun and active game, GaGa is played with a ball and any number of players in an enclosed space. The object of the game is for players to use their hands to hit the other players with the ball, while avoiding being hit themselves. Players are eliminated if they are hit by the ball.

GaGa Ball is played with a foam ball, kick ball, volleyball, or a soccer ball. Whatever ball you choose should be a good size and inflate. There are some advantages and disadvantages for both the kickball and the soccer ball. A kickball is soft and bounces well. However, it is harder to hit and almost too bouncy. A soccer ball is harder and can hurt a player. Any size ball can be used, but a mid-size ball is best.

The area where you play should be enclosed and totally clear. An empty room or a squash court will work. The area needs to be level and have walls.

GaGa Ball is designed for large groups, ideally from five to thirty players. However, you need to make sure the playing area is not too large for a small group, but large enough for a big one.

How to Play GaGa Ball 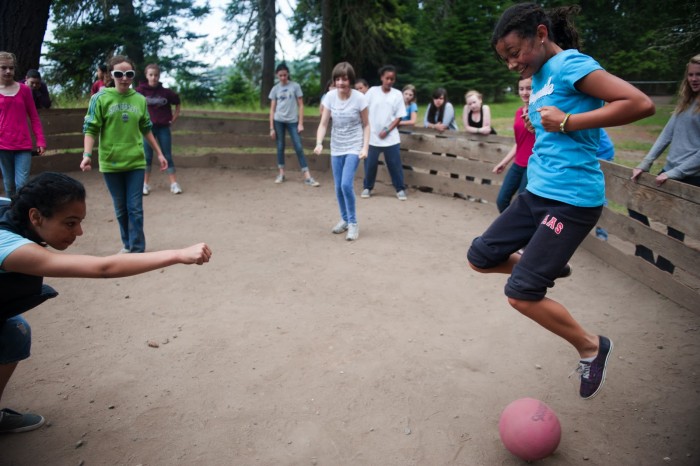 Gaga Pit Ball is played in a 20-foot-diameter octagonal pen with 3 foot high walls. An action packed game with multiple players very similar to dodge ball, this game is both fun to watch and play.

How to Make a Gaga Pit

A Gaga Ball pit is simply an area designed for playing the game of GaGa Ball, octagonal in shape, with three foot walls. Sometimes players build an impromptu court with five or six sides out of whatever they have, such as tipped-over folding tables. Remember that whatever you use must have walls off of which you can bounce the ball.

How to Play Pit Gaga Ball

Take a group of people of any or every age, throw them in an empty, walled room or Gaga pit, toss in a ball and watch the fun. Add some music if you wish to increase the energy level. Fun to play and fun to watch; that’s Gaga ball!