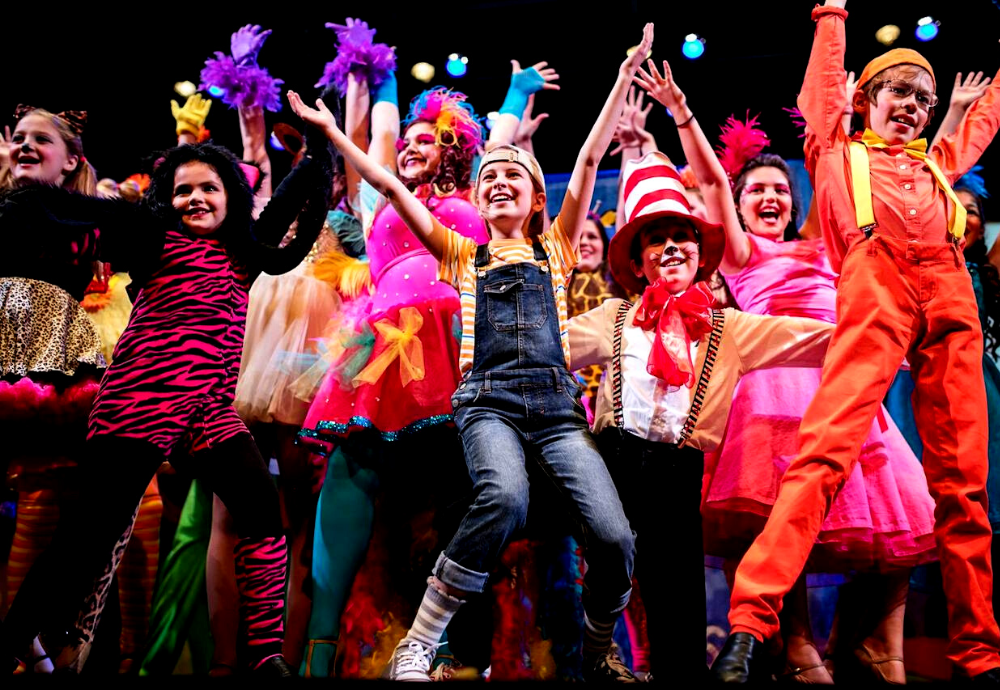 Many children begin their love of drama at a very young age. Kids love make-believe, and drama games provide a source of inspiration and creativity. Our selection of drama games for kids begins with acting games suitable for groups of children in a classroom or any other venue in which kids gather. As a child’s love of drama grows, they frequently join community or school drama clubs. The second section of this article provides activities to keep a drama club group excited and involved. Sometimes a child’s love of drama leads them in to more serious acting. Kids can hone their skills with the acting games for kids we provide in the third portion of this article. Remember, you can make simple, dramatic adaptations to already familiar learning activities to create roles and communicate meaning through movement, facial expression, and voice. 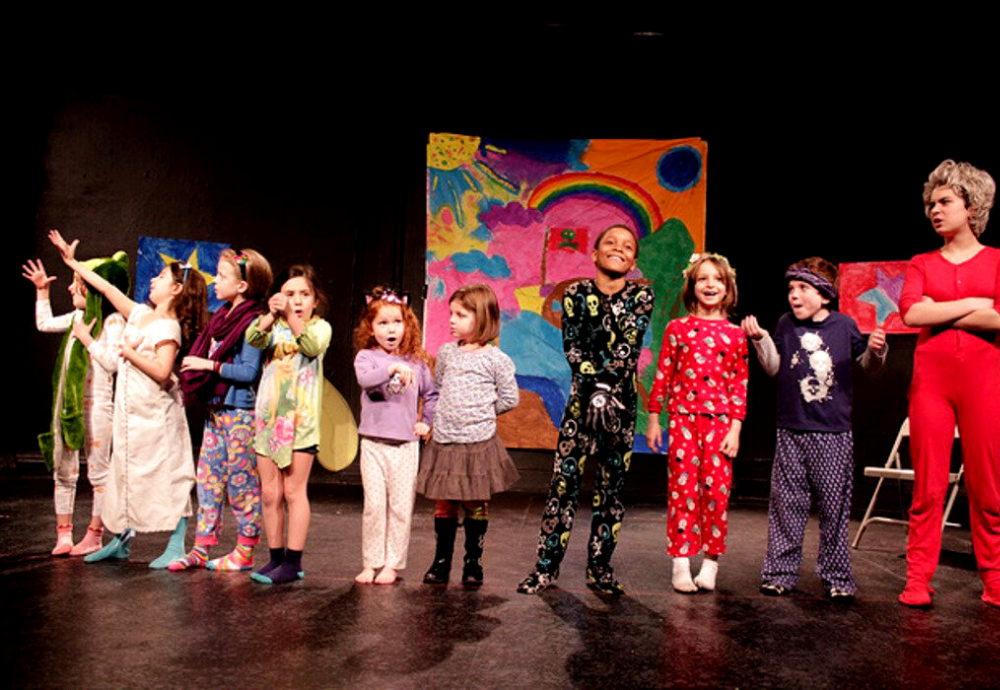 Acting games work in many different environments. Classroom, community activity centres, day-cares, clubs, and camps all find acting games for kids provide not only entertainment, but an opportunity to build relationships and develop positive character traits such as team work, following directions, and social interaction.

This activity is easily adapted to almost any theme or story. As with a traditional game of musical chairs, make a circle of chairs with one less chair than the number of kids playing the game.

Select three or four characters from a play or story the kids are familiar with or one you have shared with them previously, for example, Alice in Wonderland. Once the kids are seated, assign each a character, e.g. Alice, the Mad Hatter, the Cheshire Cat, the Red Queen, etc. You can repeat the characters if you have many children playing.

Let’s Pretend provides an opportunity for kids to explore their five senses. You can use all the selections below or pick and choose a few for the time you have available. Ask the children to relax and close their eyes and imagine how each would feel, taste, sound, etc. Then have them open their eyes and pretend to:

A more detailed sensory activity than the one listed above, Taste It! Involves describing a food in so much detail that the listeners’ mouths water. You might wish to write the names of various foods on notecards for younger children. Older kids can pick their own food – perhaps a favourite. Have each player take a turn describing their food. After everyone has taken a turn, have each kid talk about actually eating the food. Encourage them to use as much detail as possible. You might want to begin this fun activity describing the appearance and eating of your favourite food to get the kids started.

Learning to use language expressively is an important part of drama. The following exercises help kids do so in a fun way. 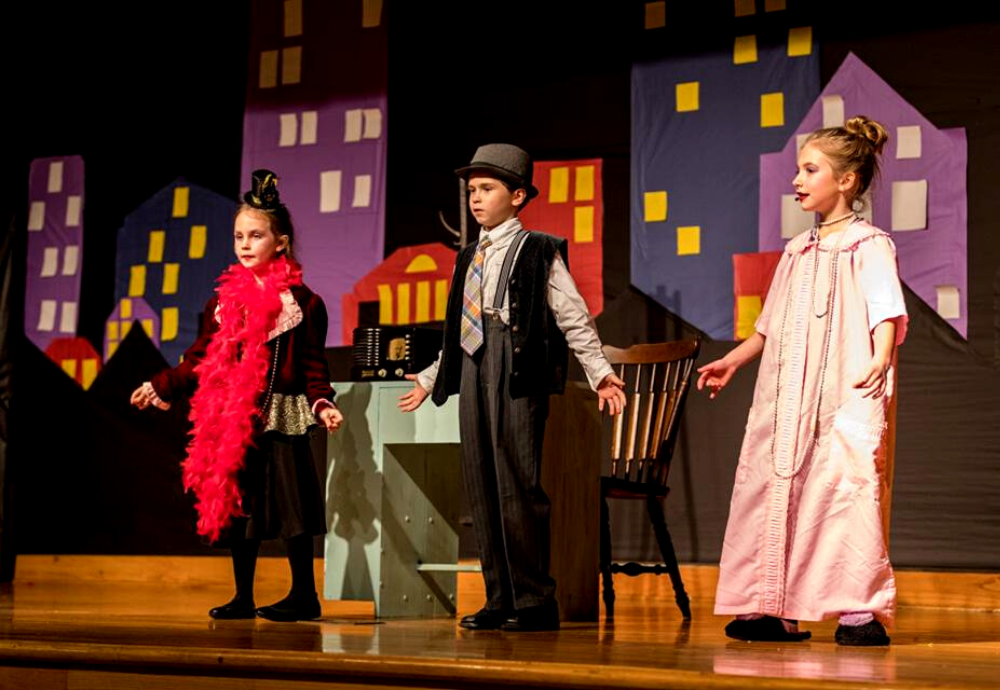 Kids join a drama club because they have an interest in acting. Our drama club activities are designed to build some foundational skills for budding actors. Imaginative play entertains while the kids are learning how to express themselves in various ways.

Two kids have a stuffed animal or small toy. They are to pretend they both really want to have it or get rid of it and demonstrate different ways of taking the object away or giving it to their partner. They should demonstrate that the object is one of the following:

Make believe is an important part of drama and kids need practice to effectively portray various characters. Let’s Pretend provides various scenarios that allow kids to exercise their imaginations. Try one of the following or create your own:

Have kids work in pairs taking turns being artists and sculptors. The one playing sculptor moves the arms and legs and bends the torso of the kid playing the clay, who relaxes while being formed and posed. Playing music while the children work helps them maintain momentum. When the first statues are finished, have an art show where they can see the other kids’ creations. Then switch places and have the “clay” kids become the sculptors.

It’s a Zoo Out There!

Assign each kid an animal or let them choose their own. This activity works best if all of your young actors are different animals. The goal is to act like the animal in movement, sounds, and attitude. Once each kid has established their role, have them read a monologue to the group as if their animal is speaking.

Kids take turns standing in front of the group and sharing a one minute story. The kids listen and try to decide if the story is real or made up. The goal of the story teller is to make his story exciting and yet believable. Encourage your actors to use hand gestures, facial expressions, and body language as they tell their tale. 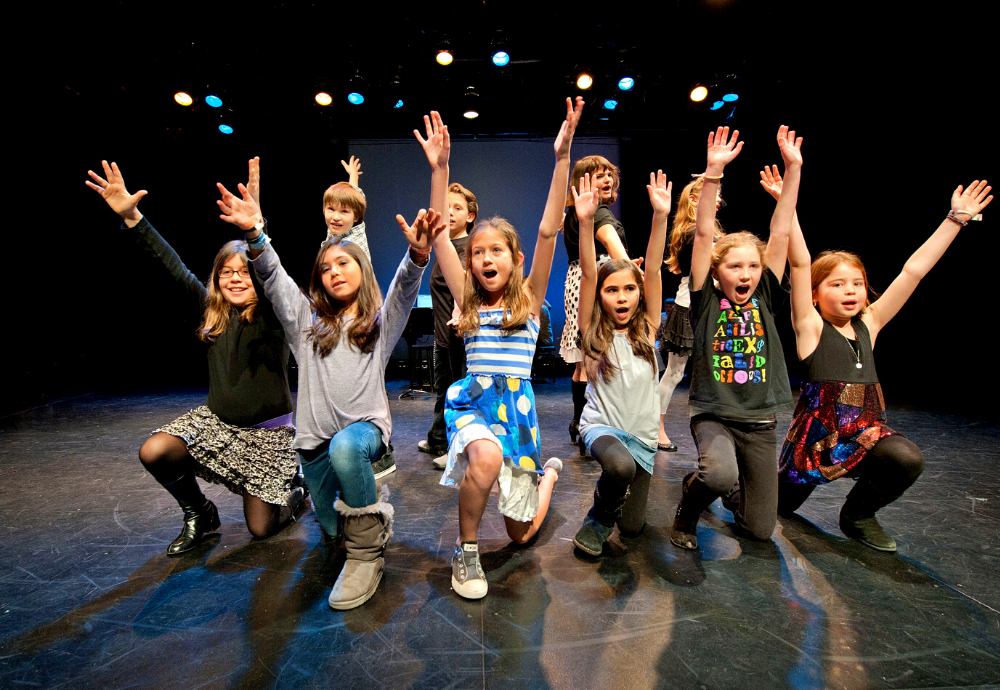 Many kids dream of participating in theatre productions in their local community or school. Our theatre games for kids provide opportunities to learn new acting skills and hone those already learned. You can also use our theatre

Write four emotions on the whiteboard – happy, sad, scared, and angry. Have the kids take turns asking a question in one of the four emotions. The other kids raise their hands and guess the emotion. If they are right, the kid says the phrase in another emotion. If they are wrong, the kid speaking takes their seat and another kid gets a turn. If they cannot think of a question to use, try one of the following suggestions:

Line the kids up or have them sit in a circle. One kid says a word and the next student adds a word. The goal is to create one sentence of a story and then continue until the group has a complete story. If you wish, you or an older kid can write down the words as the kids speak and read the story back to the kids when they finished. You can then have them act the story out.

Teach your young actors the importance of character portrayal with this fun game. Have the kids take turns introducing each other to the group. The fun part comes from the crazy character descriptions the kids must use. After an introduction, the kid introduced must say, “Hello!” to everyone and act their part. Older kids can come up with their own character portrayals, however choose from the following list for younger players or create your own:

After everyone is introduced, the entire group mixes and mingles in their various roles.

For this kids’ acting game, the group chooses one of the following scenarios, and everything that they say must be negative. Then they change to saying everything positive.

This exercise demonstrates to children how important it is to project their voices. Mark three spots with a stuffed toy, bean bag, or other object ten feet apart; the first one ten feet from the speaker, the second twenty feet, and the third thirty feet. Have each kid look at the first object and say their name or a short sentence of your choice. Then have them speak to the second object and then the third. They must increase the volume of their voice each time. If you wish, you can have kids stand at each spot to listen to how the volume changes. This exercise teaches kids how important it is to speak up, as even those in the back rows of a theatre must hear them.

Body language can make or break the effectiveness of the acting in any scene or play. Have your kids pair up and shake hands in various ways: hesitantly, sadly; with love or anger; fast, slow; roughly, gently. Next have them move their hands and arms to indicate different personality characteristics. Use some of those above and add nervous, magical, greedy, strong, and frightened.

Drama involves portraying an exciting or emotional situation or event –an activity that kids have a natural talent for. Drama games for kids provide a creative way of teaching drama skills, while keeping kids engaged and interested. They also increase a young actor’s self-confidence.

Imagine, experience, entertain, and have fun!